All You Need to Know About Scoliosis Pain

Home » Sleep » Health » All You Need to Know About Scoliosis Pain

Scoliosis is defined as a condition in which there is a spinal abnormality. The spine gets twisted to the sides or curves abnormally. It results in pulling the ribcage away from its position and leads to strain over the back muscles which causes discomfort and pain. Scoliosis is not considered as a rare disorder as 3-4 children in 1000 are affected with scoliosis. 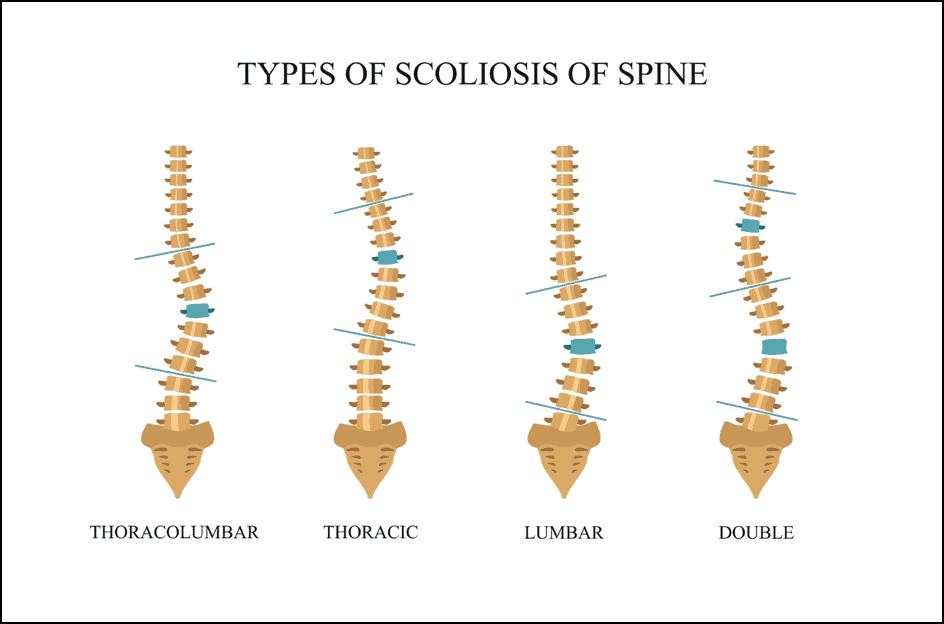 The condition is mostly seen in children but can also occur at any age. People with scoliosis might have the following conditions:

Signs and Symptoms of Scoliosis Pain

The symptoms associated with scoliosis include the following which varies according to the severity of the condition:

If the curve linked with scoliosis is getting worse with time, the spine starts rotating or twisting, as well as curving from side to side. The condition ultimately results in ribs moving farther away from one side to the other.

The causes of scoliosis pain include the following:

Scoliosis is defined as a condition in which there is an abnormal spine curvature. If you are suffering from an abnormal spinal shape such as curved in a side-to-side manner or in a C or S shape, then you might be suffering from Scoliosis. Scoliosis is diagnosed during the early childhood. The common causes include neurological abnormalities, birth defects, and genetic conditions.

Muscular dystrophy is defined as a group of diseases which are inherited. The condition results in damaging and weakening effect on the muscles with time. The damage occurs due to the deficiency of protein termed as Dystrophin, which is an essential protein for normal functioning of the muscles. The lack of dystrophin results in problems with swallowing, walking and muscles coordination. Muscular dystrophy occurs at any age but most often occurs during the childhood.

Polio also termed as Poliomyelitis which is a contagious disease. The disease occurs with a viral attack over the nervous system. It usually occurs in children aged 5 years because they are more prone to viral attack.

Cerebral palsy defines the group of disorders which affects the muscle movement as well as the coordination. The term Cerebral refers to the brain but it affects hearing, vision, and other sensations as well. The term palsy refers to the weakness of the body parts. Cerebral palsy is considered as the most common cause leading to motor disabilities in children.

It is a rare genetic abnormality which involves the group of disorders. The syndrome affects the endocrine system, skin, eyes, bones and nervous system. Basal cell nevus syndrome is also termed as Gorlin Syndrome, Nevoid basal cell carcinoma syndrome, and Gorlin-Goltz syndrome. The typical signs of this disorder include the appearance of skin cancer when you reach puberty. It is considered as one of the most common forms of skin cancer all over the United States. It is mostly found in people aged 45 years and above.

The first step to diagnose scoliosis includes the physical examination of your spine performed by the doctor. The doctor can also recommend some imaging tests to observe the spine closely.

The doctor observes your spine in a standing position with arms placed on the sides. He observes the spinal curvature along with that the symmetry of your waists and hips. The doctor will then ask you to perform certain positions i.e. to bend forward so that he can observe the spinal curvature in the upper as well as the lower back.

Following are the imaging tests which are performed for diagnosing scoliosis:

The radioactive solution is injected in the blood which helps in detection of areas with increased circulation and spinal abnormalities.

The X-ray uses the minor amounts of radiation for creating the picture of the spine. 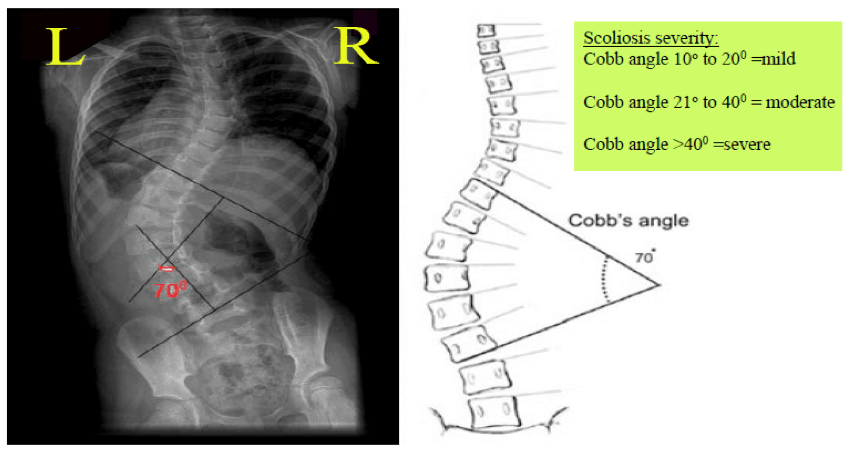 CT scan is advised because it provides the doctor with the 3-D picture of your body. It takes the X-rays of the body with a variety of angles.

The treatment for scoliosis pain depends on various factors, the degree of the curved spine is one of them. The doctor considers the following points before starting your treatment:

The possible treatment options for scoliosis pain include the following:

Other options include: massage, hydrotherapy, strengthening exercises that relieve the back pain and bracing which supports the spine.

Some medications might help in completely eliminating the pain or partially removing it. Sometimes the pain is controlled with the help of medications so that the physical therapy can proceed. The pain relievers for scoliosis include the NSAIDS for example Ibuprofen. Other medications can also be used such as Celebrex which aids in treating the inflamed area associated with arthritis. Another common option for relieving pain is Acetaminophen such as Tylenol. It is recommended to the patients to avoid using the narcotic pain relievers.

The doctor might refer you to the counselor who can help you with chronic pain. It works well when the medical treatment options are not working well. There are counseling programs for scoliosis to discuss all the treatment options according to the interest of the patient and offer support services to the families and individuals who are affected by scoliosis. A type of counseling termed as CBT allows you to find ways which help in coping up with this condition.

Epidural steroidal injections are the best to reduce inflammation associated with scoliosis. A facet block injection can also help in blocking the pain signals from reaching the brain. These injections transfer the anti-inflammatory medication to the inflamed area. The needle is injected in the back with X-ray guidance.

Spinal cord stimulation is defined as the recognized therapy for Scoliosis after undergoing the conservative treatments which include the Physical therapy, use of medications and surgery. Spinal cord stimulation involves a minimal invasive procedure which requires a minor surgery on an outpatient basis. The electrical wire is placed which runs along the spinal cord. It is helpful for people who experience pain due to the nerve damage.

Scoliosis varies according to the severity, if you are suffering from mild scoliosis try to perform simple exercises, physical therapy associated with scoliosis and medical observations. Yoga is also advised by some physiotherapists to increase the flexibility and decrease the body pain.

Moderate level of scoliosis involves the bracing that prevents the spine from further curvature. It all depends on the spine curvature, which is observed by your doctor who recommends treatment methods and medical observations.

The pain associated with scoliosis can easily be treated if diagnosed at an early stage. If the spinal curvature is severe, it can result in damage to the muscles, nerves, and tissues. The permanent damage to the tissues can be long-term and the treatment options do not work well in such conditions. It is advised to consult your doctor or physician as soon as you feel the pain so that he can manage a treatment plan for the condition.