Idiopathic Hypersomnia and How to Deal with It

Home » Sleep » Health » Idiopathic Hypersomnia and How to Deal with It

How awful is it when you don’t get enough sleep? We can all remember at least one instance in our lives when we were kept awake and how that affected our mood and performance all day long, feeling grumpy and unproductive. It doesn’t take much more than a good night’s rest though to get back on your feet and return to your normal self.

Imagine now having to constantly endure this state of sleepiness and drowsiness, all year long. However, unlike usual, although you try to sleep long hours, perhaps even more than expected, still, you never feel rested or recharged.

This chronic condition is what people who suffer from a rare disorder called idiopathic hypersomnia experience.

While there are many sleep disorders, this one is particularly challenging as it disrupts you lifestyle and overall quality of life.

Read on to know all about it and how it is treated. Get insights into:

How much sleep is too much?

While most of us enjoy sleep, is there a thing as too much sleep?  Oversleeping is possible: according to the National Sleep Foundation, sleeping about 7-9 hours a day is normal, given that you did not go to bed late. The standard is generally somewhere around 8 hours every day for ages 18 to 64-year-old. 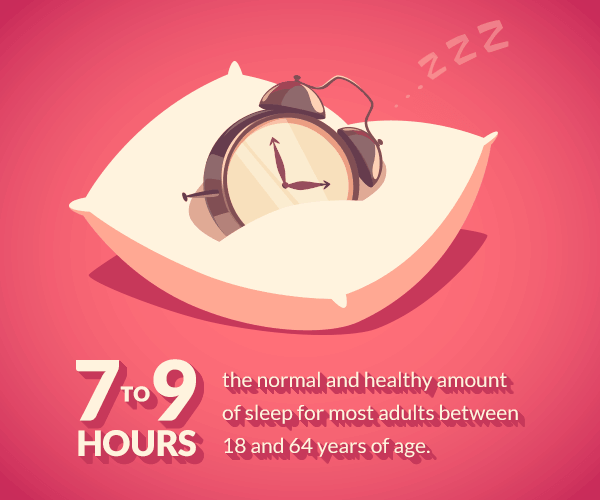 Of course, sleep requirements are different for every individual, yet if you tend to sleep more than 9 hours a day on a regular basis it is considered the αν excessive amount of sleep for adults. This does not mean that if you sleep in a little during the weekend, then you have a problem.

The issue is when you frequently need an excessive amount of sleep, for instance, every night and still don’t feel you have rested, or you feel sleepy even though you have slept well. In this case, you should consult a sleep specialist to determine the cause of your extreme sleepiness and the likelihood you have a condition called idiopathic insomnia, a serious debilitating disorder without any probable cause.

People who suffer from this illness can have constant or recurrent episodes of extreme sleepiness. It is possible that if you experience the latter symptom, you could have other sleep disorders such as narcolepsy, obstructive sleep apnea, movement disorders while sleeping, etc. If you suffer from chronic sleep deprivation it is also likely that you will experience extreme sleepiness, however, the difference is that usually the sleepiness fades if you actually get enough sleep.

Idiopathic hypersomnia, on the contrary, persists following each sleep or nap.

Idiopathic hypersomnia is a rare sleep disorder, included in a category called Central Disorders of Hypersomnolence. It is a form of sleep disorder during which a patient will experience a constant severe and excessive daytime sleepiness (EDS) for over three months and it is not accompanied by other symptoms like REM sleep abnormalities or cataplexy.

There are two forms of idiopathic hypersomnia. The first is when a person has a normal amount of sleep at night, usually 9 hours. In the second, the individual tends to oversleep, for instance, it could be 12-14 hours.

Idiopathic hypersomnia is defined in both cases by the need of frequent long naps (1-2 hours) which however are not refreshing, also if you have difficulty waking up, or experience post-awakening confusion, or “sleep drunkenness” as it is called. Unlike long sleepers, a person with idiopathic hypersomnia will never feel refreshed and awake.

Idiopathic hypersomnia is quite rare, usually starts somewhere at puberty (12-16 years old), and most commonly in people aged less than 30. There is no clear indication of what sparks this condition, as the name implies (idiopathic means “of unknown cause”).

Symptoms and causes of idiopathic hypersomnia

If you have any of the above symptoms, it is best to consult your doctor regarding the intensity and duration of your symptoms. Your doctor will then most likely suggest you talk with a sleep expert who will get a complete medical history and even perform a series of tests to reach a diagnosis and exclude other sleep disorders. People who experience idiopathic hypersomnia, are often depressed and it is not safe to drive unless the condition is medically treated.

Due to the fact that idiopathic hypersomnia is not common and the symptoms experienced could be falsely considered as part of other sleep disorders, it is not always easy to make a proper diagnosis. There are certain criteria through which must be present to declare the condition of idiopathic hypersomnia in a patient, including:

Let’s take a closer look at the procedures for diagnosis. Before performing an overnight sleep study, your physician or sleep specialist will rate your EDS symptoms using the Epworth Sleepiness Scale.

Once this is determined and the doctor believes there is a need, you will undergo a polysomnogram (PSG) study at a specialized health institution. The latter will help exclude other sleep disorders like obstructive sleep apnea or even other disorders of movement. 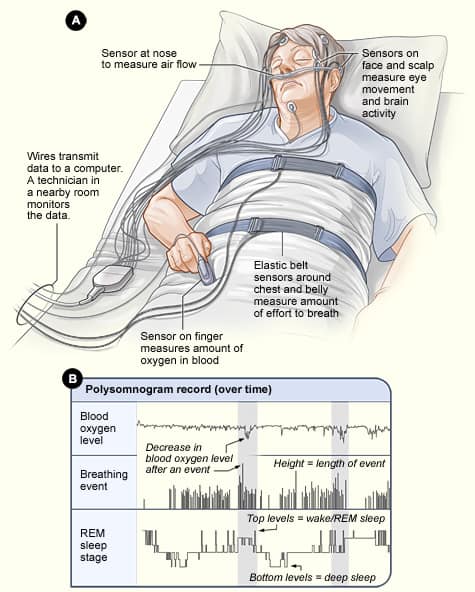 During this exam, several electrodes monitor everything your brain and body do inside and outside.

What follows is a Multiple Sleep Latency Test (MSLT) which basically examines similar sleep aspects to PSG, only it takes place in the daytime and takes notes of results from 20-minute naps with 2 hours apart for each. This test checks sleep onset latency (SOL) and sleep onset REM periods (SOREMPs).

How to distinguish narcolepsy from idiopathic hypersomnia?

If you suffer from narcolepsy and idiopathic hypersomnia, then sleep onset latency will happen faster than for most people. Yet in the case of patients with narcolepsy, in their vast majority (around 80%) have a much shorter sleep onset latency– approximately 5 minutes or less.

How to treat it

At the moment, there is no cure for idiopathic hypersomnia. Although the FDA did not approve any medications for the disease, it is often the case that patients prefer most of the medications used for narcolepsy.

Most treatments look to cure the symptoms of EDS, rather than other symptoms related to the disease. The intention is to use stimulant medications like Adderall, modafinil, nuvigil, armodafinil, dextroamphetamine, and methylphenidate (Ritalin), which however do not replace sleep.

Patients never really feel awake even on medications, they constantly feel sedated, and it is common that their bodies get used to the drugs and their effects are minimal.

Since there is no real treatment for idiopathic hypersomnia, sleep specialists and doctor advise to follow certain other techniques in order to combat excessive sleepiness:

Overall, it is important to remember that you should not be interested only in treating the symptom but also restore the deeper body functions which affect your sleep. Medical experts suggest integrative and holistic solutions which have been proven successful like:

Overall, the intention with these strategies is to restore rhythmic activity in the body and improve body sleep and wake regulation.

Leaving with idiopathic hypersomnia can be overwhelming and disruptive in terms of your lifestyle, productivity levels, goals and success in life.

However, it is important to realize you suffer from this condition from early on, in order to try and treat it, whether it is through attempting some lifestyle changes or medical solutions, which is better if they are personalized and according to some sleep experts integrative and holistic, rather than treat the effect and not the underlying dysfunction.

Whilst it could be that you suffer from another Central Disorder of Hypersomnolence, if you suffer from excessive day sleepiness (EDS), do consider taking the advice of a doctor or sleep expert regarding your situation.

The following is a graphic overview of what idiopathic hypersomnia is all about. 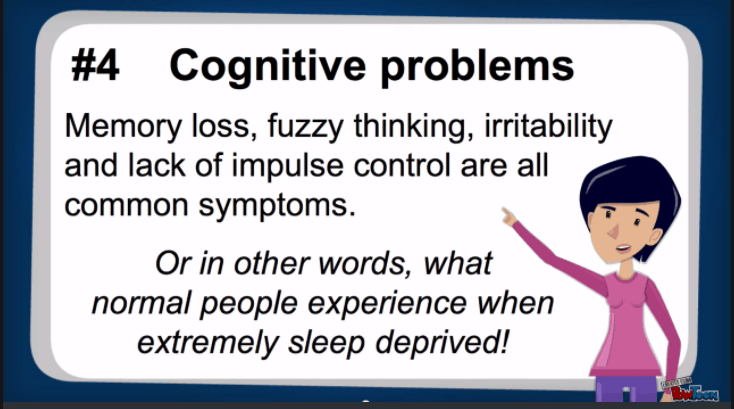 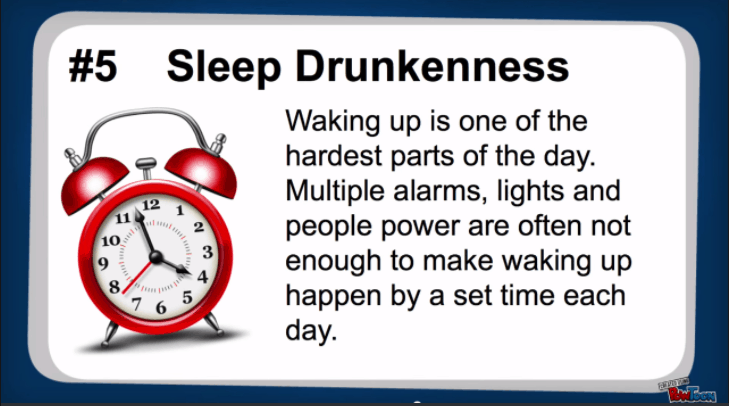 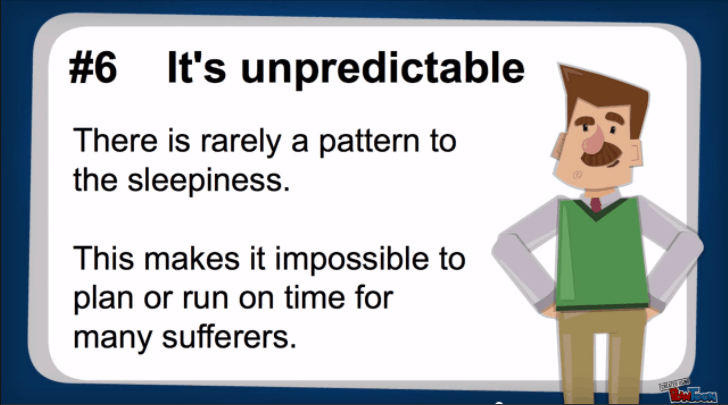 Living with idiopathic hypersomnia does not mean you are lazy or weak. You should not be afraid to seek help in case you feel overly sleepy or fatigued regularly despite having enough sleep. This neurological condition is not something to be embarrassed about and definitely not something which you can leave in luck.

Be patient and decisive in order to treat the problem as soon as you suspect it or you get a diagnosis. Despite this condition is rare, there are several organizations supporting people who suffer from idiopathic hypersomnia and it might be a good idea to join them:

Hopefully, you will be able to continue living your life as usual as much as possible without the burden of this disease taking over your dreams.

If you found this article of value, do consider sharing it with friends and family.